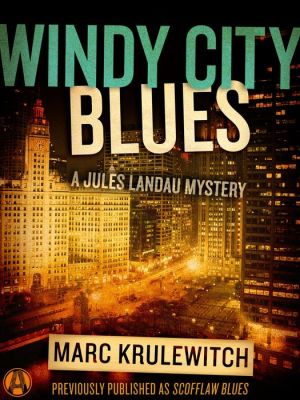 In the vein of Robert Crais's fast-paced novels, Marc Krulewitch's new Jules Landau mystery tells the action-packed tale of the private eye trying to keep his hands clean as he digs through Chicago's dirtiest secrets.

Jules Landau feels right at home in the ethnic stew of the Windy City, where he's indebted to the hopes and schemes of his criminal ancestors. Street-smart and college-educated, Jules wants nothing more than to go straight and atone for his family's past. But when he investigates a horrific killing, Jules uncovers a hidden world of lucrative corruption.

Jack Gelashvili had his head bashed in and no one knows why. The most obvious answer is that he was a parking cop, a universally loathed job -- especially in Chicago. Turns out there's a lot of money to be made on expired meters, and when Jules starts making noise, he starts making enemies -- from the head of a media empire to the mastermind of a prostitution ring. When rumors of bloodthirsty Mob connections arise, Jack's gorgeous cousin Tamar objects, and Jules is increasingly swayed by the logic and charms of the sexy baker. Following this beautiful woman into the cloistered world of Georgian immigrants, Jules brings his hunches, his family connections, and his gun. But he's just one man against a pack of criminals with a million reasons to shoot first.
Reviews from Goodreads.com 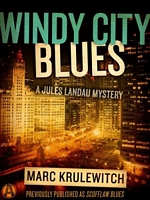