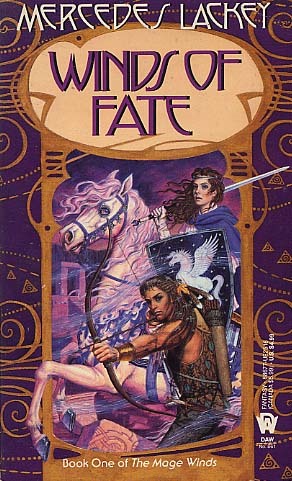 HIGH MAGIC
had been lost to Voldemor centuries ago when the lost Herald-Mage gave his life to save the kingdom from destruction by dark sorceries.

Yet now the realm is at risk again. And Elspeth, Herald and heir to the throne, must take up the challenge, abandoning her home to find a mentor who can awaken her untrained mage abilities. But others, too, are being caught up in a war against sorcerous evil.

The Tayledras scout Darkwind is the first to stumble across the menace creeping forth from the uncleansed lands. And as sorcery begins to take its toll, Darkwind may be forced to call upon powers he has sworn never to use again if he and his people are to survive an enemy able to wreak greater devastation with spells of destruction than with swords....
Reviews from Goodreads.com 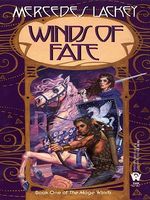