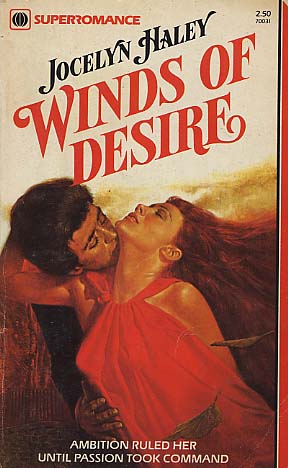 SHE HAD UNDERESTIMATED THE POWER OF PASSION

When Dr. Michael Stratton chose Tracey for his arts scholarship she cried forjoy At last she could quit waitressing and write full-time. But she didn't trust the attractive doctor's motives. Most disturbing was her own shameless response to his powerful seduction.

She had to fight both before Michael controlled her completely--for growing up in the city slums had disillusioned Tracey about men and marriage. She deeply feared losing her hard-won independence.

But passion caught Tracey in its sweet fury, until she faced the insurmountable truth: she loved the man who desired her, yet who would never let her claim his heart ....
Reviews from Goodreads.com