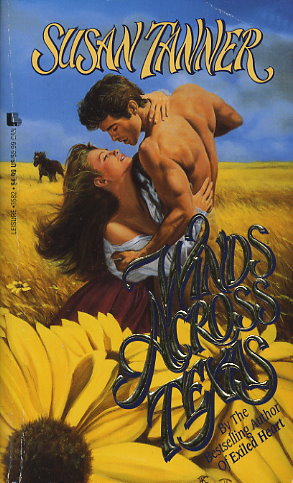 TEXAS WOMAN
The Comanches named her Fierce Tongue; Texans called her a white squaw. Once the captive of a great warrior, Katherine Bellamy found herself shunned by decent society, yet unable to return to the Indians who had accepted her as their own.

TEXAS RANGER
Slade was a hard-riding, hard-hitting lawman, out to avenge the deaths of his wife and son. Blinded by anger and bitterness, he would do anything, use anyone to have his revenge.

TEXAS WIND
Both Katherine and Slade saw in the other cans to escape misery, but they never expected to fall in love. Yet as the sultry desert breezes caressed their yearning bodies, neither could deny the sweet ecstasy of their reckless desire.