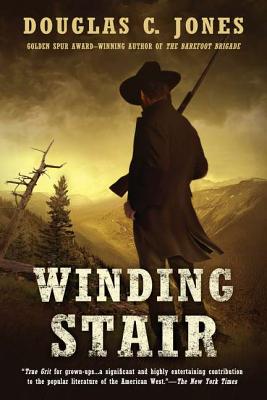 FIRST OWL BOOK EDITION. 1985 Holt Rinehart Winston trade paperback, Douglas C. Jones (Elkhorn Tavern). Fort Smith, Arkansas, in 1890, is a haven of justice presiding over thousands of square miles known as the Indian Nation, a land that harbors the most hardened criminals in the country. When a woman is found murdered, young attorney Eben Pay, newly arrived to the territory, is pulled into a posse that follows a trail of blood and destruction. - Amazon
Reviews from Goodreads.com