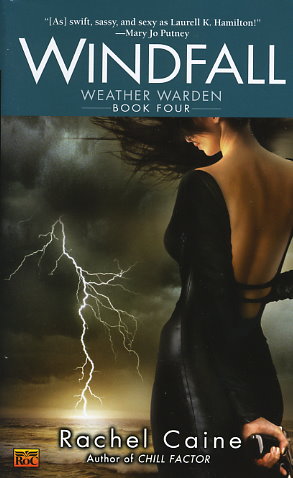 Leaving Las Vegas seemed like a great idea to Joanne Baldwin. But there's no escaping her past--and there's no time to recharge. The former Weather Warden's powers are at an all-time low just as the clouds of war are gathering--and the biggest storm since Atlantis's destruction is heading for landfall.

Joanne is all-out exhausted. When not donning a rain slicker and camping it up for the camera as a TV weather girl, she has to contend with a vengeful cop on her tail, her newly divorced sister moving in--with a charming but mysterious British beau in tow--and getting caught in the middle of a supernatural civil war. Worst of all, her boyfriend in a bottle can't stop draining her powers and is fast morphing from the Djinn of her dreams to the Ifrit of her nightmares.

As the agreement between the Wardens and the. Djinn starts to self-destruct, Joanne finds herself forced to choose between saving her lover, saving her Warden abilities...and saving humanity.
Reviews from Goodreads.com