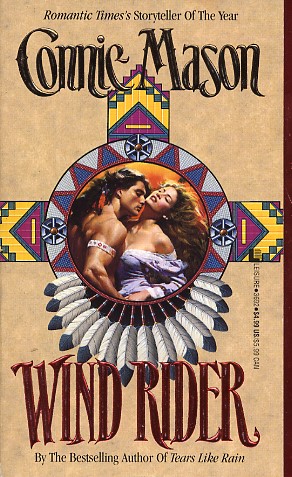 A white man by birth, Wind Rider had given his heart to the Indians who raised him. Grown to a mighty warrior, he lived to protect his people from the invasion of settlers who would take their land. But who would defend him from the exasperating Irish beauty whose soft, sensuous touch seared his very soul?

An indentured servant desperate to escape her cruel master, Hannah McLin would do anything to be free -- even trust a Cheyenne brave. Amid the splendor of the untamed wilderness, she wouldn't allow herself to admit her attraction to his bronzed, hard-muscled body. She couldn't yield to the bold, passionate longing in his silver eyes. But the closer they came to the safety of civilization, the hotter Hannah burned to succumb to the fiery caresses of the man called WIND RIDER.
Reviews from Goodreads.com