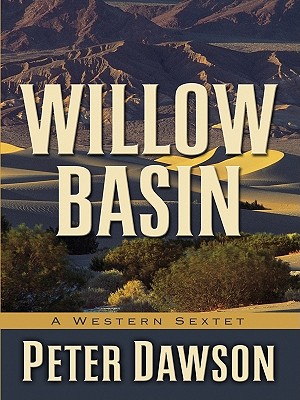 Ralph Frazer of the Bar Z in "Posse of Outlawed Men" has a strong hand. Sheriff Canby and Judge Solon do his bidding and have helped him in disenfranchising one rancher after another, so the Bar Z can grow. He has had a number of men posing as open-range homesteaders who customarily sit on juries and, once their claims are validated, they will sell out to Frazer. It is a scheme of conglomerization that seems unstoppable. That is when Montana Pierce sets himself in opposition to Frazer, with virtually no chance of winning through. "Rust Off a Tin Star" concerns Yace Metten, long-time town marshal in Salt Springs. It has been years since his authority has been questioned, but that is before a gunfighter goes up against him, and Yace realizes that age is catching up with him. If it weren't for new rancher Ferd Borch, spoiling the gunfighter's draw, the marshal would have been killed. This decides Yace that the time has come to resign, but not before he gets to the bottom of the rustling. In "Willow Basin," Jim Roday returns to Pine City after three years, during a month of winds and dust. There is a Reward dodger out on him. After having had to gun his way out of a fight with a bounty hunter intent on collecting on the dodger, he has no choice but to return. Roday always considered Sheriff Bob Rand to be his friend, but Rand tells him that the best thing he can do is to leave town again. The Reward dodger lists Roday as wanted for murder, and it surprises Rand that Jim seems to know nothing about it. But that doesn't change the fact that Jim is wanted for having killed Hugh Hallett the previous October by firing at him pointblank with a shotgun and there is nothing anyone can do to save him. Peter Dawson is the nom de plume used by Jonathan Hurff Glidden. He was born in Kewanee, Illinois, and was graduated from the University of Illinois with a degree in English literature.
Reviews from Goodreads.com 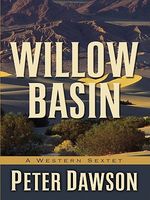