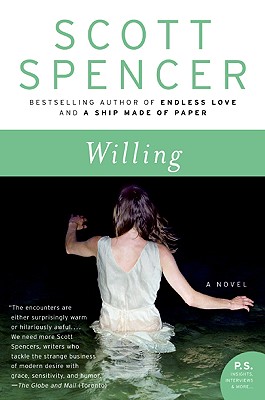 Avery Jankowsky is a thirty-seven-year-old Manhattan writer scraping by on freelance assignments. Despite his lack of ambition, and very much to his own surprise, he has won the affections of Deirdre, a Columbia grad student many years his junior. But when Deirdre tells him that she has been having an affair, Avery's world is shattered.

Beside himself with jealousy and grief, Avery heads across town to meet his uncle Ezra for their monthly lunch date. Ezra senses his nephew's fragile emotional state and makes a startling proposition: Avery should use his tickets to an all-expenses-paid international sex tour. Sensing a white-hot book idea (and a chance to get back at Deirdre), Avery agrees to go as an undercover journalist.

As the tour bounces from one Nordic country to another, Avery and his fellow travelers--most of them wealthy and accomplished--descend ever deeper into a blinding world that is equal parts hilarity and nightmare, until Avery suddenly finds himself face-to-face with the one person he never expected to see.

A two-time National Book Award finalist, Spencer has already given us some of the most remarkable tales of love and passion in contemporary American fiction. Willing is at once a lighter and a darker performance, a startling tour de force that explores the limits of male restraint, the intoxications of privilege, the maddening dangers of freedom, and the knockdown, drag-out fight between our instincts and our better natures.
Reviews from Goodreads.com