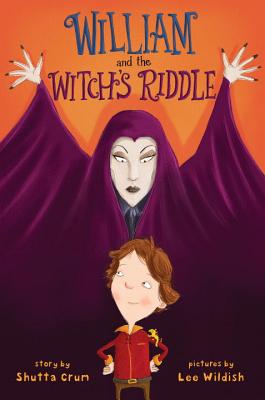 William and his little brother, Pinch, have been left alone at their home atop the mountain. When a witch named Morga shows up, William is forced to embark on a terrifying journey, the worst part of which is Morga herself. She has three riddles for William to solve, with only the help of an odd fellow who wakes up a different size every day and a tiny yellow dragon who can dream storms into reality.

Part fantasy and part fairy tale, and sprinkled with charming black-and-white illustrations, William and the Witch's Riddle is a loose retelling of Sleeping Beauty and an adventure that's just right for middle graders.
Reviews from Goodreads.com