Will Save the Galaxy for Food — Yahtzee Croshaw 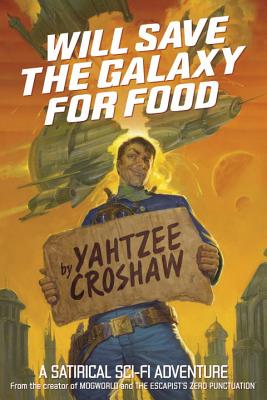 A not-quite epic science fiction adventure about a down-on-his luck galactic pilot caught in a cross-galaxy struggle for survival! Space travel just isn't what it used to be. With the invention of Quantum Teleportation, space heroes aren't needed anymore. When one particularly unlucky ex-adventurer masquerades as famous pilot and hate figure Jacques McKeown, he's sucked into an ever-deepening corporate and political intrigue. Between space pirates, adorable deadly creatures, and a missing fortune in royalties, saving the universe was never this difficult!
Reviews from Goodreads.com