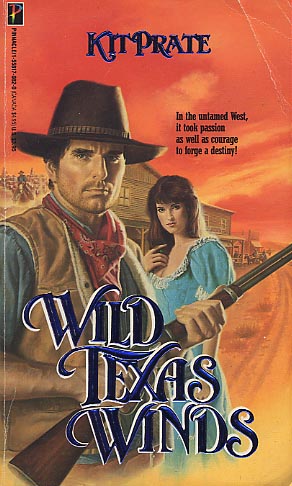 The town ordinance had been passed despite Dru Beltrain's opposition: no trail hands north of the tracks. Dru was now a prosperous banker, but with the rugged physique of a boyhood spent as a Texas drover. And he knew that no drover weary from long dusty months driving longhorns up the Jess Chisholm Trail and across the Red River would take kindly to being banished from Newton's saloons and bordellos. But not even Dru could have foreseen the violence that would flare in their prairie city--brutally striking down those he loved. Now nothing mattered except vengeance. The vengeance of a man taking the law into his own hands...

Kate, the beautiful and spirited daughter of lead drover Matt Latham, had dreamed of a romantic reunion with Dru Beltrain, the hero of her childhood. Instead she found herself at the heart of an explosive struggle between Dru and her father's cattle drovers. She understood there were things a man had to do ... But in her heart she knew there were times when only a woman's touch could tame a man's passions in the fury of the WILD TEXAS WINDS
Reviews from Goodreads.com