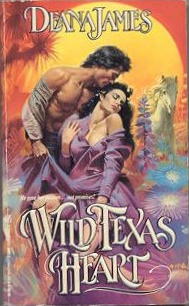 Fan Breckenridge was terrified when the stranger found her near-naked and shivering beneath the Texas stars. Unable to remember who she was or what had happened, all she had in the world was the deed to a patch of land that might yield oil...and the fierce loving of this wildcatter who called himself Irons. He was a drifter and a loner, but in Fan's golden eyes he saw something worth staying for. At least for a while. He would help her work the land, try to uncover the secrets of her past. And he would fill her nights with bold, sensual passions. As long as she never tried to capture his...Wild Texas Heart
Reviews from Goodreads.com