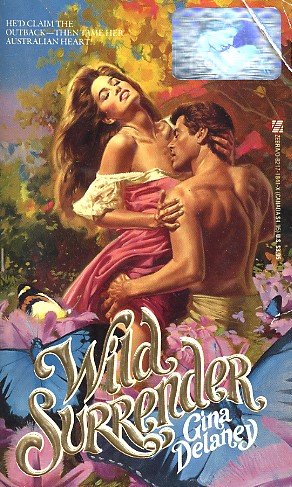 BLAZING DESIRE
Though she'd grown up in Australia's wild frontier, emerald-eyed Penelope had never lacked material comforts. As a Cranston she'd been spoiled and pampered: as a blossoming beauty, she was the belle of every dance up and down the Hawkesbury. Then Aaron Aylesbury returned from England and Penelope's blood rushed with hot desire under his smouldering gaze. He was an explorer, a man not of her class. But that couldn't stop Penelope from yearning to feel his lips bruising hers, her flesh yielding to his, the flames of his passion searing her with forbidden ecstasy beneath the blazing Australian sun.

STARLIT PLEASURE
All his life Aaron had known that one day he'd discover the exotic secrets of the outback and explore the lush, virgin land that lay beyond the distant ridge of sapphire mountains. No woman could keep him -- certainly not the spoiled daughter of his father's enemy. But once he's trapped Penelope in his arms and felt her hungry response to his demanding, lingering kisses, he knew that he needed more. He wanted to feel her come alive beneath the stroke of his hands and hear her cries of rapture shatter the Australian night. He wanted nothing less than her complete Wild Surrender
Reviews from Goodreads.com