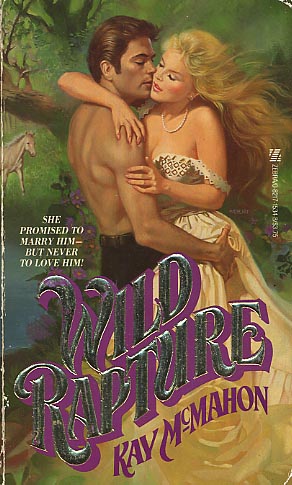 FIERY ECSTASY
Amber Courtney's vibrant blue eyes flashed with anger as she confronted her new husband. She'd been blackmailed into marrying Nicholas Chandler, but she'd be damned if she'd share his bed. She longed to slap the arrogant smile from his handsome face; instead she found herself trapped in his embrace, succumbing to his wicked, wanton loving. But even as he bewitched her body, Amber swore he'd never touch her heart!

BURNING DESIRE
Nicholas Chandler's dark brown eves sparkled with laughter as he watched his bride flush with fury. He knew he could make her forget her wounded pride with one long, luscious kiss -- one slow, sensuous caress. Her surrender would be his sweetest victory He would conquer her trembling flesh and awaken her innocent passion until she could no longer resist the savage power of love's WILD RAPTURE
Reviews from Goodreads.com