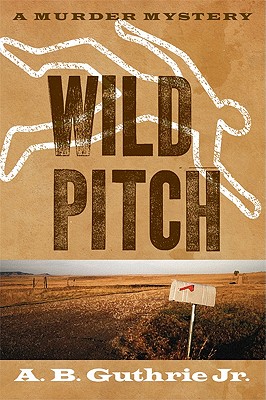 
After Buster Hogue is shot at the annual town picnic, plenty of motives appear, but no clues point to the sniper. A lot of people had reason to dislike Hogue or even to wish him dead because of personal and unhappy experience, but grudges don’t count in the absence of evidence.
Chick Charleston, the small-town Montana sheriff, has had no experience with this kind of case, the county not having been inclined to homicidal endeavors. Neither does his county office have the gadgets to ferret out the criminal. But he has patience, persistence, a sense of humor, and a sharp understanding of human nature. He also has a keen assistant in seventeen-year-old Jason Beard, pitcher for the Midbury baseball team and amateur detective, who takes notes and acts as Watson to Charleston’s Holmes. In the violent and surprising finale, young Jase plays a saving hand.
There is humor in these pages, even earthy hilarity, but at no cost to mystery and suspense. Against the western background he knows so well, A. B. Guthrie Jr. has created a very human and believable sleuth in Chick Charleston, and in Jason Beard a singularly engaging narrator, whose accounts of local characters such as Loose Lancaster, Doc Yak, and old Mrs. Jenkins are guaranteed to entertain the reader.