Wild for the Warrior — Emmy Joel 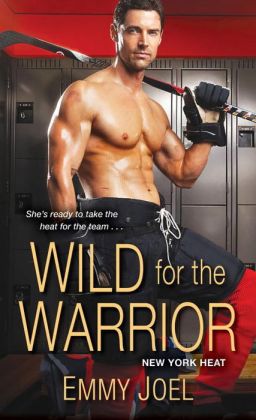 The New York Heat professional hockey team is known for its speed and grit -- and for the three biggest badasses in the sport: the Swift brothers. Fighting to overcome their damaged pasts, they need a certain kind of woman to melt the chips on their shoulders -- and their cold, hard hearts . . .

Winning is the only thing on defenseman Axel “Warrior” Swift's mind. And if crushing bodies on the ice -- and keeping his distance off the ice -- is how he has to do it, then so be it. But low morale is affecting the locker room and the top brass needs the team to fall in line. . . Now. The solution? Life coach Vienna Ivory.

Helping to turn the Heat's season around could give Vienna the career break she needs to prove that she's no pampered, Ivy League princess. But when a player's wedding implodes -- and Vienna's blamed for it -- there's nothing left to lose other than the professional lines she swore she'd never cross. So when she finds herself facing off with dirty-talking Axel in the abandoned honeymoon suite, she's ready to make a play for pleasure. And damn the penalty . . .
Reviews from Goodreads.com