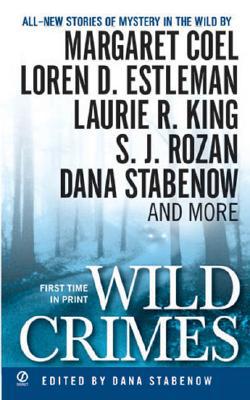 Go where the wild things are … whether they're on unruly and lawless urban streets, in a secluded stretch of uncivilized and barbarous woods, or maybe in the frozen mountains of Colorado. Anything can happen to anyone … anywhere … when the nature of man turns.

In Margaret Coel's “The Man Who Thought He Was a Deer” a hunter finds himself the hunted when a stranger with an unusual bond to nature turns the tables.