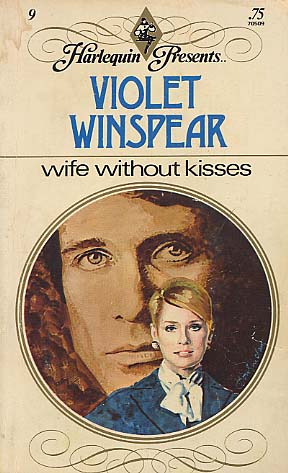 Rea Glyn went to the coast for a quiet visit with no thought of marriage in her mind, but soon she found herself married to a man she had never met before and pledged to play her part in a fantastic game of "let's pretend."

Burke bent over the baby Rea held so carefully. He touched the damp, dark hair with a gentle finger. "You said you thought him beautiful -- and he is. I want to take him to King's Beeches, where he belongs. Help me to take him, Rea."

He caressed the baby's head, and Peter awoke with a tiny gurgle, waved his plump fists and stretched in Rea's arms. And Rea's heart jumped into her throat, for his eyes were as blue, and as darkly fringed, as the eyes of Burke Ryeland -- this man who asked her to become the wife he would never kiss.

"Next -- Friday, did you say?" She spoke almost upon a whisper.
Reviews from Goodreads.com