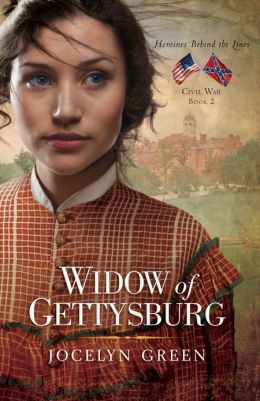 When a horrific battle rips through Gettysburg, the farm of Union widow Liberty Holloway is disfigured into a Confederate field hospital, bringing her face to face with unspeakable suffering--and a Rebel scout who awakens her long dormant heart.

While Liberty's future crumbles as her home is destroyed, the past comes rushing back to Bella, a former slave and Liberty's hired help, when she finds herself surrounded by Southern soldiers, one of whom knows the secret that would place Liberty in danger if revealed.

In the wake of shattered homes and bodies, Liberty and Bella struggle to pick up the pieces the battle has left behind. Will Liberty be defined by the tragedy in her life, or will she find a way to triumph over it?

Widow of Gettysburg is inspired by first-person accounts from women who lived in Gettysburg during the battle and its aftermath.
Reviews from Goodreads.com