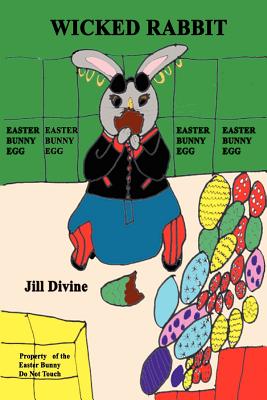 Winston Rabbit wants to be the coolest rabbit in school, so he changes his name to Wicked and gets his ears and nose pierced. He doesn't like school and still can't read or write so he isn't too bothered when his teacher bans him from school until he removes his earrings. On his way home he falls down a large hole where he discovers what he thinks is hidden treasure left by pirates years ago. It is the best treasure in the world. Boxes and boxes of chocolate eggs! Unfortunately the chocolate eggs belong to the Easter Bunny and he has asked The Fairy Queen and King of the Elves to turn the thief into a giant frog with red legs so he will be easy to see. Will Wicked discover what his treasure really is and return the chocolate eggs before the spell is made? Or will he become a giant frog with red legs forever?
Reviews from Goodreads.com