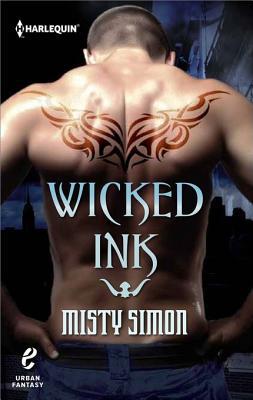 Garrett Blackwell is not a superhero, and his tattoos aren't just ink. They're the weapons he uses to hunt those who hurt the innocent as he tries to atone for his dark past of violence and crime. And he pays a price every time he uses his gift to summon the darkness around him.

Dory Miller has lived beside Garrett for two months and is torn by her feelings toward her sexy, reclusive neighbor. He's the hottest man she's ever met, but as more women in her building become targets of a stalker, she doesn't know who she can trust -- especially after she finds Garrett bleeding from a knife wound. Despite her fears that Garrett might be the one responsible for the violence, she feels compelled to help heal his wounds.

Garrett reluctantly lets her, and is shocked to discover that she can heal not only his physical wounds, but also the darkness brought by his powers. But if letting her in means putting her in danger, Garrett may have to keep his distance to keep her safe.
Reviews from Goodreads.com