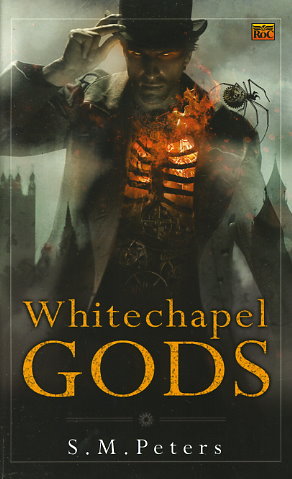 In Victorian London, the Whitechapel section has been cut off, enclosed by an impassable wall, and is now ruled by two mysterious mechanical gods. Mama Engine is the goddess of sentiment, a mother to her believers. Grandfather Clock represents logic and precision.

A few years have passed since the Uprising, when humans fought the gold cloaks, the black cloaks, and even the vicious Boiler Men, the brutal police force responsible for keeping humans in check. Today, Whitechapel is a mechanized, steam-driven hell. But a few brave veterans of the Uprising have formed a new resistance, and they are gathering for another attack. For now they have a secret weapon that may finally free them...or kill them.
Reviews from Goodreads.com