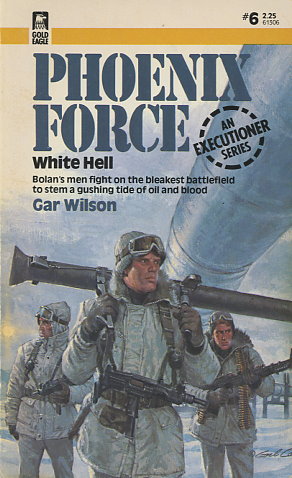 Terror at forty below

The Arabs were trying to up the ante, and a prolonged oil embargo was imminent. A vile terrorist organization, aware of the impending embargo and wanting to punish the United States for imagined crimes, attacked the Trans-Alaska Pipeline.

Phoenix Force was flown to the barren, ice-covered North in the dead of winter. If the fanatics were not exterminated, the pipeline -- America's industrial jugular -- would be severed and the nation would collapse.

Phoenix Force was on a collision course with the terrorists. Those who died would be the lucky ones. And the survivors? They faced the blizzard of the century....
Reviews from Goodreads.com