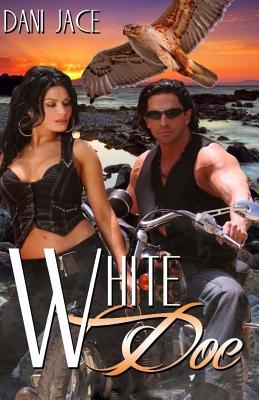 BLURB Hawk shifter, and bad-boy biker, Shane Cheveyo has spent years trying to outride his secret life and erotic memories of his first love who left without a word. When his great-grandfather, the legendary chieftain of their tribe passes to his next life, Cheyenne is drawn back home to the Outer Banks of North Carolinaout of respect for her heritage. Rekindled passion reveals their true nature, but will the magic of the white doe save them or separate their destinies forever? EXCERPT Shane Cheveyo gunned his Harley onto the highway as Outer Banks Hospital slowly vanished in the bike's mirror. Usually, he loved roaring down the road on his Fatboy, but today nothing could dispel his angst. The finality of his great-grandfather's sudden death weighed heavily on his chest. He was more alone now than ever. His Native American heritage believed Jasper's warrior sprit would live on, but that didn't lessen the stabbing grief Shane held for the man who had called him son. The man who had known Shane for who and what he is Shane's skin prickled as his body's cells warred between human and animal. His consuming grief and sadness hastened his imminent shift. With a booted toe, he downshifted and turned off Croatan Highway for the beach road. At a stop sign, he shed his helmet, and sucked in a deep breath, welcoming the ocean breeze. Wind thrashed his hair while salty air teased his nostrils, heightening his senses as he accelerated past the posted speed limit. No traffic met him on the narrow two-lane road. Sorrow had his mind wandering to the only other person he had loved as much as his great-grandfather. After ten years, he couldn't get her out of his head. Cheyenne. Her sea-green eyes haunted his dreams. He'd never forgotten those long silken strands of midnight caressing his thighs while her sweet mouth drove him to the edge of insanity. He ached to know her curves against the hard planes of his body. After all these years, his non-blood second cousin kept his heart tied to her with an invisible string. Would she return for her great uncle's funeral? A muted line of ragged dunes greeted him at the deserted parking lot of Coquina Beach. After parking his bike, he heeled off his boots in the warm October evening. Various scents rode on the breeze as he crested the dune. He slipped out of his worn jeans and shrugged off his T-shirt. Flexing his muscles, he started his run along the beach. Seconds later, he lunged forward. Wind prickled through newfound feathers, his arms now enormous wings and his feet powerful talons. Lighter and lighter, he ascended skyward as his boxers dropped off onto a clump of sea oats. With perfect vision, he soared over a wild and remote beach toward an orange moon shimmering over the Atlantic. Shane loved and hated his form. It freed him, but left him utterly alone. This was his life—his curse. Now without his great-grandfather, he was unique in it.
Reviews from Goodreads.com