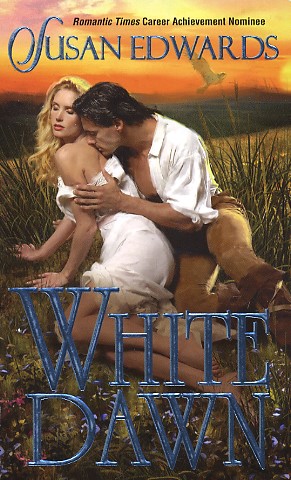 Emily Ambrose had her share of dark days. Her birth father abandoned her in the wilds of the Michigan Territory, and Indians slaughtered her adoptive missionary parents. Of that had come some good, though; through her rescuer, she'd discovered passion. Yet he, too, was destined to leave. After one summer of bliss, Swift Foot was gone, and Emily found herself in the care of a trapper.

She was no longer looking for love. That had come and gone, and now Emily was seeking safety. Big John Cartier promised it. But the handsome mountain man also pledged something else. He vowed a steady devotion, a desire to vanquish all the dangers yet to come. In his arms, Emily began to understand: The hot sparks of a season's passion flare bright, but they fade. It is the unquenchable flame of true love that lights one's life. And with that knowledge came a surety that tomorrow would be brighter than any day she'd ever known.
Reviews from Goodreads.com