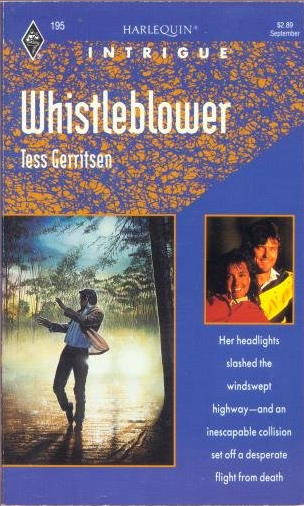 . . right in front of Cathy Weaver's car--running from would-be killers who were rapidly closing in. One look at his fog-shrouded form told Cathy this sexy stranger needed her help.

Victor Holland's story sounded like the raving of a man at the brink of madness, but his status as a hunted man was supported by the haunted look in his eyes--and the bullet hole in his shoulder. As each hour brought pursuers ever closer, Cathy was powerless to resist this desperate man .. . .

Victor's kisses tasted of deception and desire, unleashing a thirst in Cathy that not even fear could quench. But was she giving her trust to a man in danger... or trusting her life to a dangerous man?