Whispers in the Mist — Lisa Alber 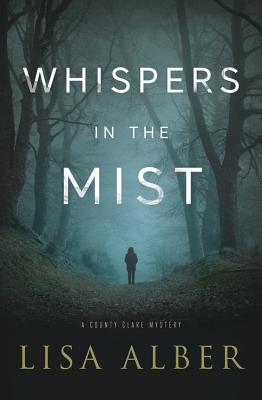 THERE'S A WHISPER IN THE MISTS
In Lisfenora, Ireland, a strange fog has rolled in off the Atlantic. Along with the fog comes tales of the Grey Man, a predatory faery of local lore who snatches innocent souls into his deadly gloom.

AND WITH THE MISTS COME MURDER
When a teenage boy dies in Detective Sergeant Danny Ahern's arms, Danny finds himself pursuing his own grey man, a killer who becomes more elusive the closer Danny gets to the truth. A mute woman may be the key to solving the murder and helping Danny heal his own broken life, but first she must unlock the memories from her past.

As the mists swirl through Lisfenora village, another boy disappears and the case turns personal for Danny when violence lands on his very doorstep. A mysterious graffiti messenger and hermit jewelry maker add to the mysterious mix in this harrowing tale of lost memories and secrets long-buried.
Reviews from Goodreads.com