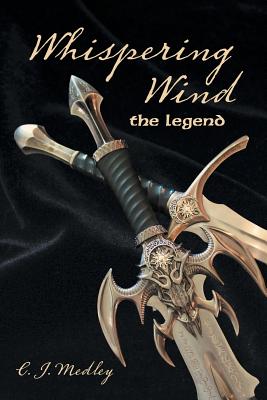 In a world run by tyrant kings, times are dark indeed.

For hundreds of years, the people of these lands have held to a small glimmer of hope, clinging to a legend that has spanned generations, a legend that is now being manipulated into a plot of intrigue, deception, and murder. But even within the bleak present, the people have found a way to find hope within its promise of deliverance.

But for those in power, it promises something far more seductive and valuable: power. King Samuel of Wellington believes he is the one destined to wield that power, and like too many before him, he will stop at nothing to get what he knows fate has in store. He gathers his allies to crush the first of his victims, the royal family of Whispering Wind. In a brutal surprise attack, his forces burn the village to the ground and slaughter every living thing within. It is only by coincidence that the king's daughter Sabine and her brother Westin survive. In their passionate quest for justice, she learns a horrifying truth:

She was the intended target of the royal massacre.

Now, plagued with guilt that her family was killed in her place, survival and revenge are the only things that matter to the young princess now. What they did not expect to discover along the way was the truth of the legend--and the secrets that surround Sabine and Westin, the new king of Whispering Wind.
Reviews from Goodreads.com