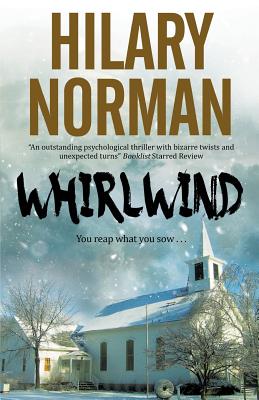 A ruthless psychopath with a long-held grudge unleashes a terrifying scheme of revenge on a small New England town in this tautly-paced, compelling thriller.

Liza Plain, a Boston-based journalist hoping for her big break, is dreading spending Christmas in Shiloh, Rhode Island, with her difficult grandfather -- until news of the disappearance of a retired local priest triggers her realization that this could be linked to a series of unsolved, church-linked missing persons cases.

Michael Rider used to be a decent man with a good life, but a past traumatic event with far-reaching consequences has left him dangerously close to breaking point. Now he is receiving strange emails from an organization calling itself Whirlwind, offering him the chance to avenge himself on those who've done him wrong.

Liza and Michael will both be in Shiloh on Christmas Eve. The night a raging blizzard seals off the town from the outside world. The night an outrage is perpetrated -- and Liza will find herself at the heart of a major news story, caught in an abyss of nightmarish discovery and life-threatening danger.
Reviews from Goodreads.com