Which Witch Is Which? — Kerrigan Byrne 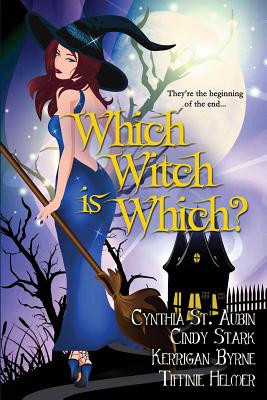 Four identical sisters are prophesied to hold the fate of the entire world in their powerful hands.

Meet the Witches of Port Townsend:

Moira - A water witch, Moira has always been a healer, but the one soul she can't mend is her own. When a mysterious message promises the chance to answer the questions about her muddy past, she hops on the first plane out of the bayou and right into Conquest's destructive path. Recovering her past will mean fighting the most persuasive man in history for her future.

Claire - A fire witch, Claire's a passionate woman cursed by her powers, longing to find someone who can withstand her love. She believes she's forever destined to be alone until she receives a message summoning her "home." The world's most violent man stands between her and her family, and even if she wins the battle, she may lose her heart to War.

Aerin - An air witch, Aerin is a ruthless business woman well on her way to ruling the corporate world, until she discovers she not only has three identical sisters, but their fates are entwined with the apocalypse. When she meets Pestilence, an immortal whose destiny is to wipe out entire civilizations, she not only withstands his lethal touch, she craves it.

Tierra - An earth witch, Tierra is all about nature and nurturing her relationships with her newfound sisters. Family means everything to her, and she'll do whatever she must to keep her sisters safe. But unless she can overcome Death himself, humanity's prospects are grim.

The de Moray sisters clash with the most dangerous immortals the earth has ever known. Locked on opposing sides of a battle older than time, their fight is only the beginning...of the end.
Reviews from Goodreads.com