Where To, Little Wombat? — Charles Fuge 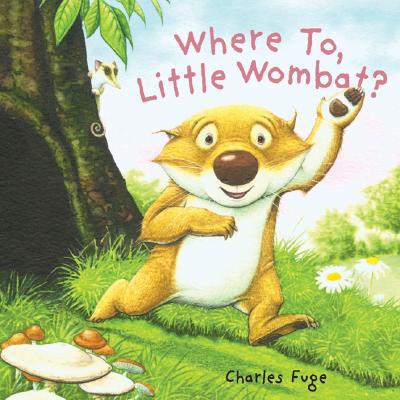 Little Wombat is back!

In 2001, award-winning author and illustrator Charles Fuge (with writer Vicki Churchill) introduced Little Wombat to the world: the wildly popular Sometimes I Like to Curl Up in a Ball sold more than 140,000 copies. Since then, the adorable and very childlike animal has starred in another two books and continued to charm both critics and youngsters. Now Wombat's back in a new adventure that's sure to be another success.

The grass is always greener on the other side: maybe that's why Little Wombat thinks his burrow's boring, while everyone else gets to live someplace exciting. So when Mama suggests he search for a better house, that's just what Wombat does.

It's not long before he learns: there really is no place like home.

A fun-filled tale about being happy with the things you have, as well as an entertaining introduction to animal dwellings.