Where the Heart Leads — Jeanell Bolton 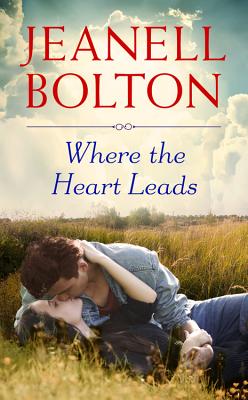 A new beginning. It's the only thing former child star Moira Farrar wants. Putting her painful Hollywood memories in the rearview mirror, she's headed to Texas and to an exciting new job directing a small-town theater group. But it's the sinfully sexy smile of red-headed rancher Rafe McAllister that makes Moira really dream of starting over-even though she knows that anything more than a fling would set the stage for heartbreak.

When Rafe buried his wife three years ago, he buried his heart along with her. Now, the only woman in his life is his daughter . . . and all of the women in Bosque Bend know that. But from the moment he lays eyes on Moira, he feels alive again. Maybe it's her quick wit and clear-eyed compassion. Whatever it is, Rafe wants Moira, body and soul. So why is she so skittish? Rafe aims to find out-before his second chance at happiness rides off into the sunset . . .
Reviews from Goodreads.com