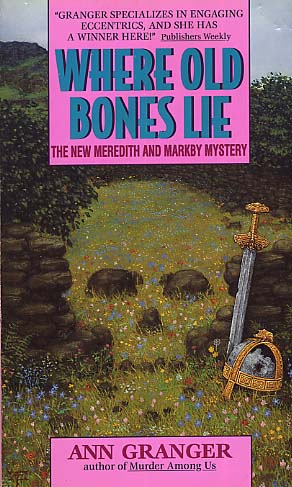 Meredith Mitchell has joined her friend, archaeologist Ursula Gretton, in the Cotswold village farmland, digging for the old bones of Saxon warriors. But it's the discovery of some very new bones that brings Inspector Alan Markby to the ancient burial grounds to solve a modern-day murder.

The victim turns out to be the wife of Ursula's fellow archaeologist, Dan Woollard...with whom Ursula has just ended a brief affair. Dan claims he was trapped in an unhappy marriage, and in love with Ursula, but swears he's not guilty of murder. But when a second body is found on the site and attempts are made on Ursula's life, it takes the sleuthing skills of the Meredith and Markby team to sift through a mountain of conflicting clues, suspects, and possible witnesses to identify the killer and solve a twenty-five-year-old mystery as well.
Reviews from Goodreads.com