Where My Heart Used to Beat — Sebastian Faulks 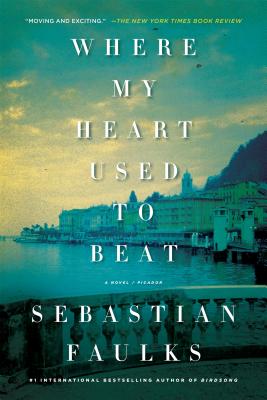 Share:
A sweeping drama about the madness of war and the power of love that marks acclaimed novelist Sebastian Faulks's return, after twenty years, to the fictional territory of his #1 international bestseller Birdsong

London, 1980. Robert Hendricks, an established psychiatrist and author, has so bottled up memories of his own wartime past that he is nearly sunk into a life of aloneness and depression. Out of the blue, a baffling letter arrives from one Dr. Alexander Pereira, a neurologist and a World War I veteran who claims to be an admirer of Robert's published work. The letter brings Robert to the older man's home on a rocky, secluded island off the south of France, and into tempests of memories--his childhood as a fatherless English boy, the carnage he witnessed and the wound he can't remember receiving as a young officer in World War II, and, above all, the great, devastating love of his life, an Italian woman, "L," whom he met during the war. As Robert's recollections pour forth, he's unsure whether they will lead to psychosis--or redemption. But Dr. Pereira knows. Profoundly affecting and masterfully told, Where My Heart Used to Beat sweeps through the 20th century, brilliantly interrogating the darkest corners of the human mind and bearing tender witness to the abiding strength of love.