Where Have All The Birdies Gone? — Aaron Elkins; Charlotte Elkins 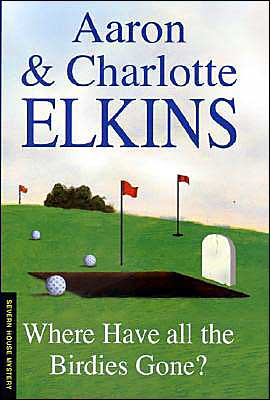 Share:
If there is one thing the young golfer Lee Ofsted doesn't have on her mind, it is her chances of being selected for the Stewart Cup Tournament { the competition that pits the greatest American golfers, male and female, against their British and European counterparts. Lee is on no one's list of the !'greatest American golfers," so it comes as a surprise when the great Roger Finley, captain of the American team, invites her to play. She's on the team, but exhilaration soon gives way to anxiety. Can she deliver? However, as play begins, Lee's worries about making a fool of herself take second place when Roger!&s devoted long-time caddie is found murdered, and Lee herself is the victim of an attempt on her life. It takes all of Lee's nerve and natural talent to see the competition through, to keep out of the gunsights of a resourceful killer, and, in the end, to make sense of a bizarre and paradoxical mystery.