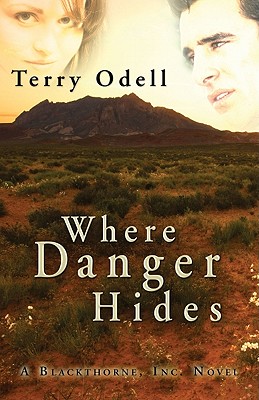 Hiding behind the public façade of a private investigation firm--Blackthorne, Incorporated--are a band of elite covert operatives.

Dalton (just Dalton--nobody dares call him Ambrose), is one of Blackthorne's best. A charming Texan, he prides himself on blending in, and there's no one he can't scam. But his obsession with putting a Colombian drug lord out of the picture threatens to endanger his life and the lives of his team. When Dalton nearly blows a simple undercover assignment at a fundraising gala, it convinces his boss to tether him to a dog-and-pony-show case at a halfway house. Instead, Dalton finds death, drugs, and danger.

Street-smart Miri Chambers wants nothing more than to help everyone at the Galloway House shelter lead new and productive lives, but residents are disappearing without a trace. An unexpected meeting with Dalton at a gala turns into an assignment for him, but Miri doesn't think he's taking the job seriously. Trust doesn't come easy to Miri. When the situation escalates into a combat zone, can she trust Dalton with her life?
Reviews from Goodreads.com