When We Were Friends — Elizabeth Joy Arnold 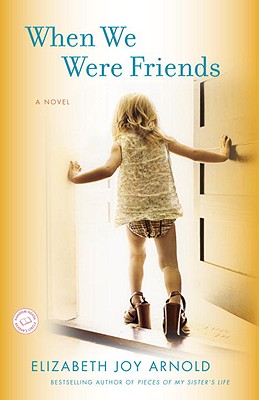 Lainey Carson and Sydney Beaumont were the closest of friends -- until they reached high school and Sydney's burgeoning popularity made it easy for her to leave the contemplative, ungainly Lainey behind.

Eighteen years later, Lainey, who lives at home caring for her mother, is an artist who's never found the courage to live her dreams. When Sydney shows up on her doorstep with her infant daughter, insisting that Lainey is the only friend she can trust, Lainey reluctantly agrees to take temporary custody of the baby to protect her from an abusive father.

But that very night, Sydney appears on the evening news -- claiming that her daughter has been kidnapped. Unsure of whom she can trust, Lainey is forced to go on the run with a child who is not her own -- but whose bond with her grows stronger every day they spend together. In search of a safe place to stay, Lainey befriends a man who, concerned for their welfare, offers them a home. But as the two grow closer she starts to realize that he may be harboring his own secrets.

An utterly riveting story that will keep you turning the pages, When We Were Friends asks how we define motherhood and family, whether we ever truly overcome our pasts, and what friendship really means.
Reviews from Goodreads.com