When the Past Haunts You — L.C. Hayden 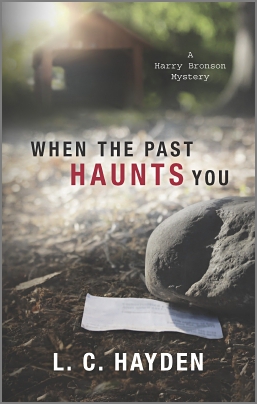 Former Dallas P.D. detective Harry Bronson could never rest until he brought a perp to justice. Now a series of frantic calls from his long-estranged sister sends him back to his Pennsylvania hometown and his own unresolved past. But Lorraine is killed before Harry can find out how she lived -- and why she died.

Once, he was her fiercest protector. Now Harry is on a mission to find his sister's murderer that sets him on a collision course with the past. With the help of his ex-partner, and only memories as guideposts, he enters the rarefied worlds of art and politics. The body count rising, Harry uncovers a seething nest of fraud, deceit and love gone wrong, where the ties that bind can be the most murderous of all.
Reviews from Goodreads.com