When the Heart Beckons — Jill Gregory 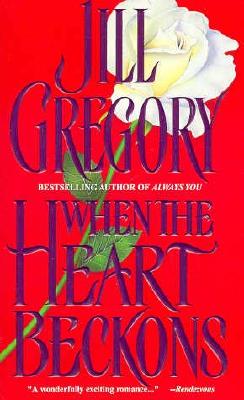 SHE WAS A PRIVATE DETECTIVE SEARCHING FOR A MISSING MAN

Nobody knew her real identity, least of all Roy Steele, the icy gunslinger she followed into Arizona's wilds. They were after the same man - but fiery Annabel Brannigan was determined to reach her beloved Bret McCallum first. Until Steele saved her from a pack of desperadoes and they were forced to travel together through no man's land. She told him she was looking for her fiance. But not even memories of Bret could hold back the runaway passion she felt in the wrong man's embrace.

WHEN AN OUTLAW GUNSLINGER SAVED HER LIFE

Roy Steele didn't have time for stubborn, infuriating - and beautiful - Annabel Brannigan, But he couldn't leave her alone and defenseless in the punishing Arizona Territory. He had a mission and a secret he couldn't share. And she was another man's woman - until the hellion who haunted his dreams was in his arms, consequences be damned...
Reviews from Goodreads.com