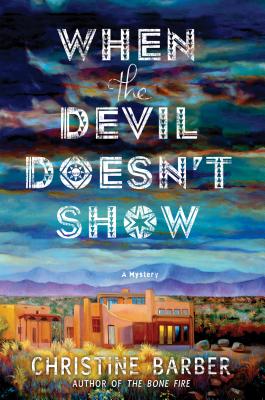 Christine Barber's acclaimed mysteries explore not just the folklore, Indian heritage, and colonial history that draws people to Santa Fe each year, but also the lives of locals, from the rich retirees to the families that have lived there for generations. These mysteries take place in a modern city that still has strong, unforgettable connections to its history.

In her new novel, When the Devil Doesn't Show, a housefire leads to the discovery of not just the bodies of the homeowners, but also a third, unidentified corpse. The search for the man's identity will lead Detective Gil Montoya not too far from Santa Fe to one of its notorious but rarely discussed neighbors, the Los Alamos National Laboratory. A DNA test reveals that the unknown victim is a native of Northern New Mexico, but Montoya has reason to believe that his ties to the infamous nuclear testing facility hold the solution. And when a second housefire is found to contain more bodies, he's determined to find out the answer no matter the cost.
Reviews from Goodreads.com