When the Devil Comes To Call — Eric Beetner 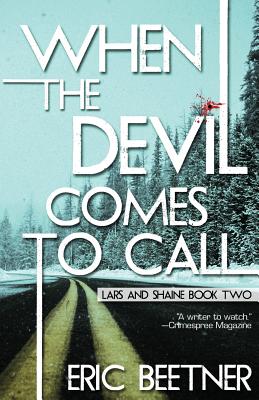 Two years after they escaped the mainland with their lives and little else, save for well over a million dollars in the bank, Lars and Shaine have carved out a nicely spartan existence in Hawaii. Two years without pulling a trigger on another human being. Until Lars’s former employer calls about a job.

What follows is a coming of age forged in fire and a deepening bond built on the edge of life and death. Forced to confront the past and wonder about the future, Lars and Shaine are about to see what kind of team they make.

Praise for the Lars and Shaine crime novels:

“The Devil Doesn’t Want Me is a runaway train of violence and mayhem, packed full with a collection of one-of-a-kind characters all speeding toward an explosive and inevitable end. Beetner is a maestro with his action scenes, filling the novel with cinematic set pieces, but the real heart of his story is Lars, an aging hit man forced to confront his own morality as the world goes to hell around him. A great read.” —Owen Laukkanen, author of The Professionals and Criminal Element

“Eric Beetner is quickly becoming one of my favorite new crime writers, and The Devil Doesn’t Want Me is a perfect example of why. If you’re a fan of fast paced, well-written hard-boiled crime fiction, you’re going to love this book. Beetner is the real deal, and I can only hope this is just the start of what we can expect from him in the future.” —John Rector, author of The Cold Kiss and Already Gone

“Told with heart, humor, and sizzling cinematic prose, Eric Beetner’s The Devil Doesn’t Want Me is crime fiction at its most entertaining and marks the arrival of a bold new talent.” —Peter Farris, author of Last Call for the Living

“This book is like if you took Lawrence Block’s famous hitman, Keller, and made him the lovechild of Elmore Leonard and Quentin Tarantino.” —Criminal Element
Reviews from Goodreads.com