When She Woke — Hillary Jordan 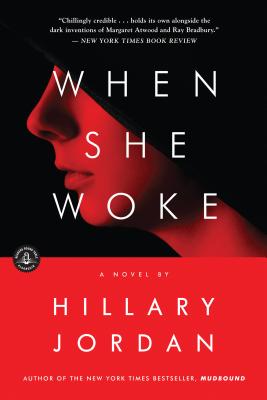 Hannah Payne's life has been devoted to church and family. But after she's convicted of murder, she awakens in a new body to a nightmarish new life. She finds herself lying on a table in a bare room, covered only by a paper gown, with cameras broadcasting her every move to millions at home, for whom observing new Chromes--criminals whose skin color has been genetically altered to match the class of their crime--is a sinister form of entertainment. Hannah is a Red for the crime of murder. The victim, says the State of Texas, was her unborn child, and Hannah is determined to protect the identity of the father, a public figure with whom she shared a fierce and forbidden love.

A powerful reimagining of The Scarlet Letter, When She Woke is a timely fable about a stigmatized woman struggling to navigate an America of the not-too-distant future, where the line between church and state has been eradicated, and convicted felons are no longer imprisoned and rehabilitated but chromed and released back into the population to survive as best they can. In seeking a path to safety in an alien and hostile world, Hannah unknowingly embarks on a journey of self-discovery that forces her to question the values she once held true and the righteousness of a country that politicizes faith and love.
Reviews from Goodreads.com 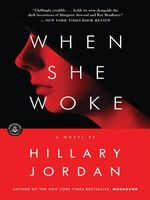 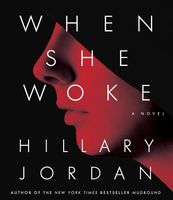 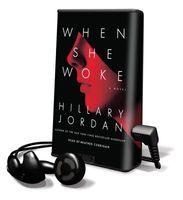