When Marrying a Scoundrel — Kathryn Smith 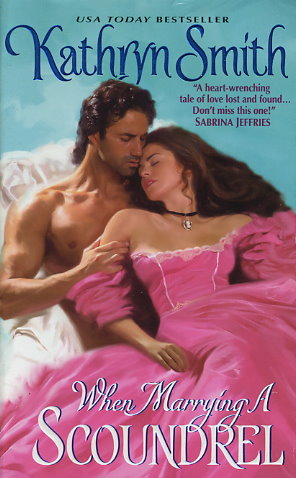 A lady must be prepared for anything . . . when marrying a scoundrel.

Sadie Moon once thought she was in love. Then her dashing husband left her to seek his fortune, and she had no choice but to transform herself from a heartbroken waif into London Society's favorite fortune-teller. But even she could not have foreseen Jack's return -- until their paths cross in the last place either would have expected: London's most exclusive house of pleasure.

Now wealthy and successful, Jack Friday has everything he'd ever dreamed of . . . except Sadie. He swears he will never trust the woman who broke her promise to wait for him, though his passion for her burns as hotly as ever before. But love, like the past, comes back to haunt them -- drawing them into a web of intrigue and betrayal that could save or destroy them both.
Reviews from Goodreads.com