When Love Is True — Joan Kilby 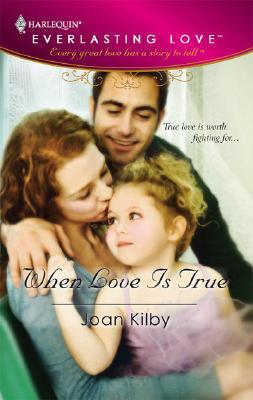 Falling in love was easy for Chloe. She met Evan, a handsome Australian doctor, and felt sure he was the man for her. But Chloe's whirlwind romance ended abruptly when Evan left to work overseas. For comfort Chloe turned to her new friend Daniel Bennett. When she discovered she was pregnant, Daniel married her, despite Chloe's feelings for Evan.

More than twenty years later--twenty good years--Chloe finds herself once again torn between the two men. Daniel, with whom she's raised a daughter and shared the everyday problems and triumphs of life. And Evan, the man who--she believes--has always held her heart.

Only now, after two decades of marriage and a crisis, does Chloe learn what true love is...and what it isn't.
Reviews from Goodreads.com