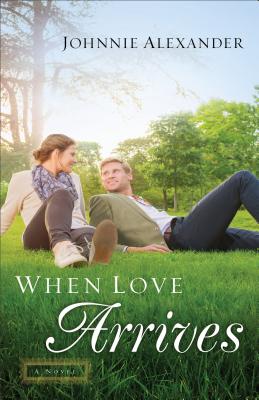 An Unlikely Couple Struggles to Reconcile the Burdens of Their Past

Dani Prescott came to the children's hospital to spy on Brett Somers--so how did she end up on a date with him? Weeks earlier she'd seen an interview in which he blamed her mother for the plane crash that had killed his parents. But the crash had killed her mother as well, so Dani can't believe the story Brett's trying to sell to the media.

Vowing to find a way to discredit the privileged--and maddeningly handsome--Brett, Dani has been following him and taking photos, hoping to find something she can use against him. But when she catches his eye instead, she quickly finds herself offering up a fake name and agreeing to a date. Brett knows this mystery girl is hiding something--but he's got his own secrets to keep. What will happen when he discovers who she really is? Will Dani and Brett look beyond their own heartaches to discover a love that could heal their deepest pain?

Fresh, flirty, and fast-paced, "When Love Arrives" is an engaging story that will have readers falling in love with the characters as they navigate the tricky waters between romance and revenge.
Reviews from Goodreads.com