When I Think of You — Liz Ireland 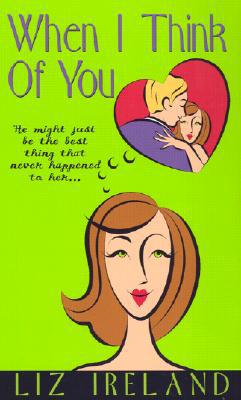 Bridesmaid Meltdown
After writing dozens of wedding columns for The Portland Times, the prospect of planning one in her spare time is enough to give Celia Snowden cold feet. Unfortunately, she's now been corralled into maid-of-honor duty for a pal so desperate, she's offering a green card to a total stranger! At least Celia won't have to go solo to the ceremony. Though her own quest for husband material has been less than successful, fellow journalist Davis Smith, her default date and very last single friend, will always be there for her...won't he?


Boy-Next-Door Blues
Davis Smith has had it with unrequited love. He'll never get Celia to look at him the way she looked at that heel of a Brit who dumped her six months ago. And how often do good friendships survive sex, anyway? Better to spend his time working out and trimming down than pining away. But although his self-imposed makeover garners him a few hot dates, they prove no substitute for the real thing. Celia's still on his mind--and in his heart--though her feelings for him don't seem to have changed. What's Mr. Nice Guy to do when his dream girl only wants to date nightmares? Maybe it's time for a wake-up call...
Reviews from Goodreads.com