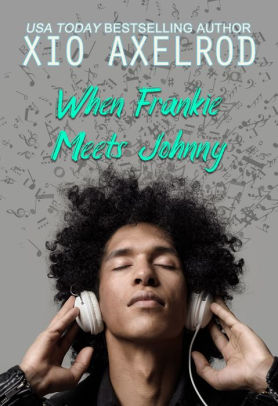 
Originally published in volume two of the Love Is All anthology!Scottish ex-pat Frankie Llewellyn lives and breathes music. Working late nights at WKMP, a radio station in suburban Philadelphia, he can play what he wants, sleep in every morning, and no one gives him any grief. No one but his most recent ex-boyfriend. Frankie is a serial monogamist, but after this latest break-up, he's worried he'll end up alone with nothing but his records to keep him warm at night.When the station hires someone to do some much-needed renovations, Frankie is horrified to find out the work will be done during his overnight shift. But it makes the most sense, so he's resolved to take one for the team. After he meets the mysterious contractor, a gorgeous, lumberjack of a man named John Burton, Frankie decides it may not be such a hardship after all.John is reserved, and a bit mysterious. Quite the contrast to Frankie's drama-filled life. But, as their friendship grows, John's quiet presence has Frankie singing a new song.