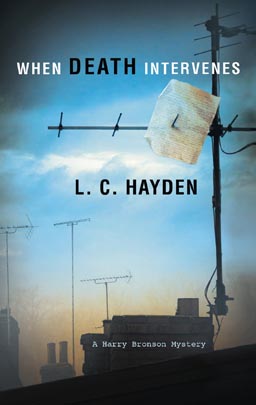 Share:
Retired Dallas police detective Harry Bronson is touring South Dakota in his motor home. His cop instincts still strong, he spots a troubled woman, Linda Randig, who needs help. She's being stalked by a sadistic killer who masterminded the death of her parents and her husband. Now, he's threatening her son and baby grandson. He's watching her every move and calling every shot. She's been dispatched on a cross-country chase for a purpose unknown. And no police -- or else.

Bronson intervenes and the killer quickly steps up his game, leaving dead bodies and taunting notes mocking his efforts. Still, their mysterious madman wants something, and Linda is the key. Harry enlists the help of his old partner to sort through the red herrings and critical clues to pinpoint the killer's next move. A move that seems to involve Harry, Linda -- and a very dead end.