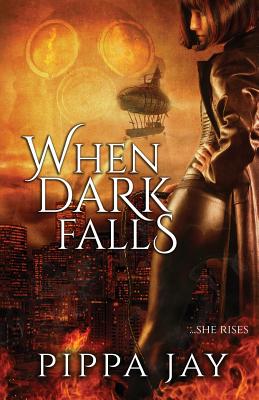 In a city where Dark Technologies Inc. now runs the show, Kadie Williams has more immediate concerns than the fall of Blaze, their guardian superhero. Almost every morning for the last few months sheâ€™s woken up with cuts and bruises on her body, and no idea how she got them. There are no nightmares. No evidence that she sleepwalks, or any sign of a break in. And nothing to tell her whoâ€™s been cleaning up after her. As just one of thousands of civilians conscripted to slave away in the labs of Professor Dark, she knew there'd be trouble ahead. But she never expected it to be so bad, or so personal. Desperate for answers, Kadie looks to the new defender of the night, the only person who can hinder the total domination of Professor Darkâ€”Nocturnelle. The mysterious vigilante superhero came from nowhere with her cybernetic sidekick Shadow, set on putting an end to the brutality of Dark's regime. But as his laboratories work on a new secret super-weapon, Nocturnelle and Shadow may not be enough to save Nephopolis...or to save Kadie either.
Reviews from Goodreads.com